TPO Nepal organized a one-day consultative workshop on the topic of ‘Mainstreaming Mental Health and Psychosocial support’ at Gulariya Municipality, Bardiya on 27th May, Narainapur Rural Municipality, Banke on 28th May and Nepalgunj Sub-Metropolitan Municipality, Banke on 29th May, 2019. These workshops were organized with the support of International Rehabilitation Council for Torture Victims (IRCT), with a focus on locally elected representatives to integrate mental health in their annual plan.

A brief presentation was given by Mr. Suraj Koirala, Executive Manager of TPO Nepal where he talked about the situation of global and national level mental health.  He also shared about the psychosocial and socioeconomic impact of torture during conflict. The presentations were followed by questions from the participants, which were answered by Mr. Chandra Kanta Chapagain, office chief of National Human Rights Commission (NHRC), Banke. He was eager to coordinate his responsibilities to ensure the human rights of torture victims. 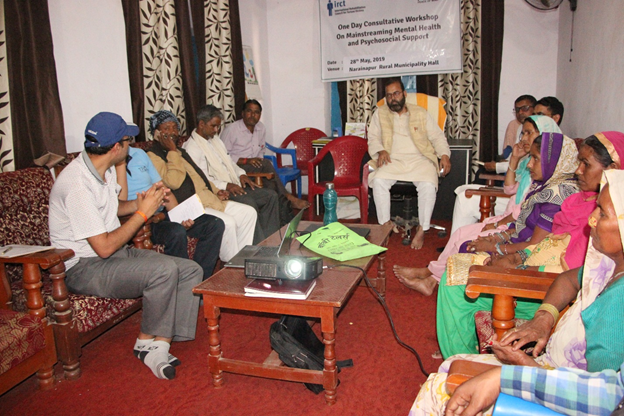 All the elected representatives were committed to adopt mental health in the plans and policies of their respective local levels. Dr. Dhawal Shamser Rana, Mayor of Nepalgunj Sub-Metropolitan said that he was interested to initiate a long term shelter home for people living with mental illnesses in Nepalgunj, which could be followed by other local levels as an example. Similarly, Estiyak Ahmad Shah, Chairperson of Narainapur Rural Municipality, also acknowledged the need to integrate mental health in their work plan.