On the occasion of its 13th anniversary, TPO Nepal organized a forum drama on mental health and psychosocial support titled “Kumari”. The drama was presented on 5 June, 2018 at two different venues – Suryabinayak municipality-9 and Sankharapur municipality, Sankhu. It was organized in coordination with respective psychosocial support centers and ward/municipality office. The objective of this program was to give back to the community where TPO Nepal has already left a mark, while celebrating its 13th anniversary. The theater drama was a part of “Community Based Psychosocial Capacity Building (CBPCB)” project implemented by TPO Nepal, which was funded by Americares and IsraAID . 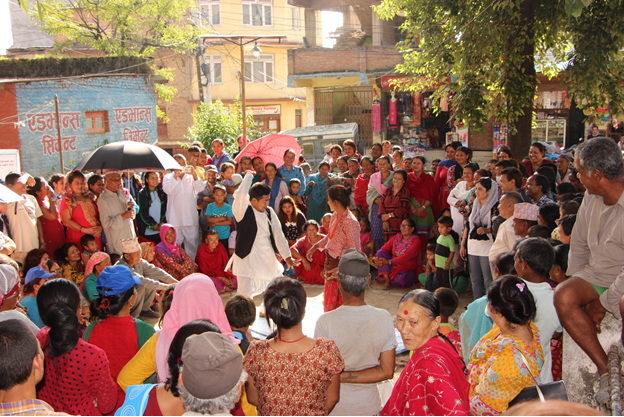 Mr. Ratna Shrestha, a local from Sankhu found the drama enjoyable and learned that these problems cannot be dealt alone without family support while Ms. Sabita Shakya, member of Taleju cooperative remarked that the audience related the drama with their real life and learned where to get help if they ever got such problems themselves.