The completion of ‘Community Based Psychosocial Capacity Building (CBPCB)’ project was marked with a final dissemination program held on 20th July, 2018 at Yellow Pagoda Hotel. This project was implemented at six earthquake affected districts (Dhading, Dolakha, Gorkha, Kavre, Nuwakot and Sindhupalchowk) from November 2015 to May 2018, with the partnership of Americares, IsraAid, TPO Nepal and CVICT Nepal. The main objective of this project was to improve mental health and psychosocial resilience and coping capacity of communities in Nepal. The dissemination program was attended by representatives from Ministry of Health and Population, Ministry of Women, Children and Social Welfare, rural/municipality, I/NGOs, theater team and project staff. 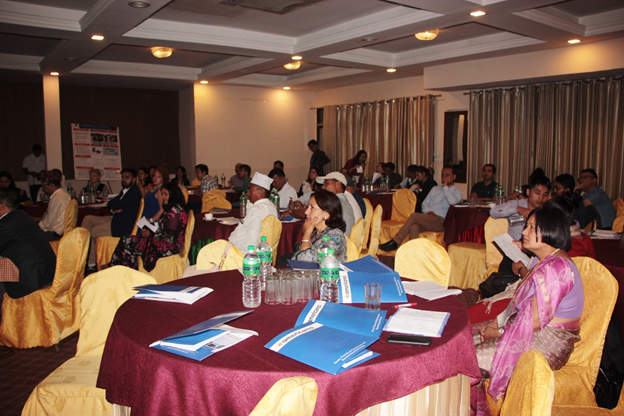 After the welcome session, Jamuna Poudel, Program Director of CVICT Nepal gave her remarks on the journey of CBPCB project. A video of the project journey was also presented during this program. Niva Shakya, MHPSS Program Manager of Americares gave a brief presentation on the project’s best practices and learnings of each project component (theater, training, case response and advocacy). She stated that forum drama was an excellent medium for the identification as well as referral of cases and coordination with other organizations for joint advocacy effort makes a greater impact. Suraj Koirala, Executive Manager of TPO Nepal gave recommendations based on the lessons learnt, where the most important one was: initiation by some of the local government in mental health and psychosocial should be replicated by other local governments. 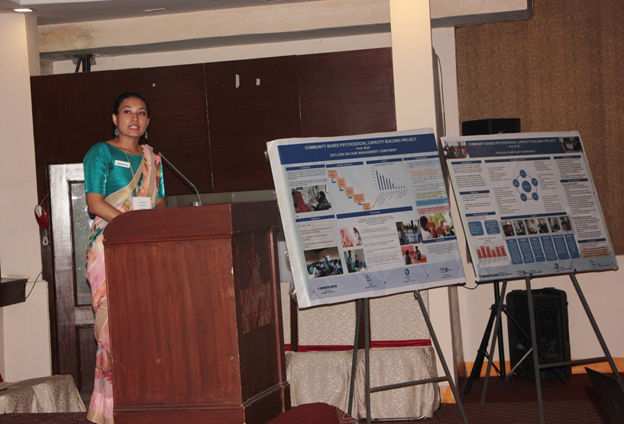 A panel discussion was then held with various stakeholders of the project: Advocacy Officer, Project Coordinator, psychosocial counselor, beneficiary, theater director and locally elected representative which was moderated by Indira Pradhan from TPO Nepal. Sarbada Pyakurel, one of the beneficiaries and FCHV from Kavre remarked that after taking the MHPSS training from this project, she was able to recover from her earthquake grief and is now able to help other women in her community who are going through similar problems. While Rojina Rai, Deputy Mayor from Likhu rural municipality, Nuwakot mentioned that budget for the continuation of this program was allocated by the rural municipality for 2074/75 and training on mental health for prescribers and non-prescribers had just been completed, which was a great initiation by the local government. The panel discussion was followed by question/answer session.

Bishwaram Shrestha, Sr. Public Health Administrator from PHCRD, MoHP, Bijaya Prasai, Director of Department of Women and Children and Gyanendra Shrestha, chairperson of Melamchi municipality ward no. 7 shared about their experiences. Concluding remarks were given by Shira Goldstein, Country Director of IsraAid and Joan Littlefield, Asia and Eurasia Program Director of Americares. The program ended with an informal discussion at the program booths. 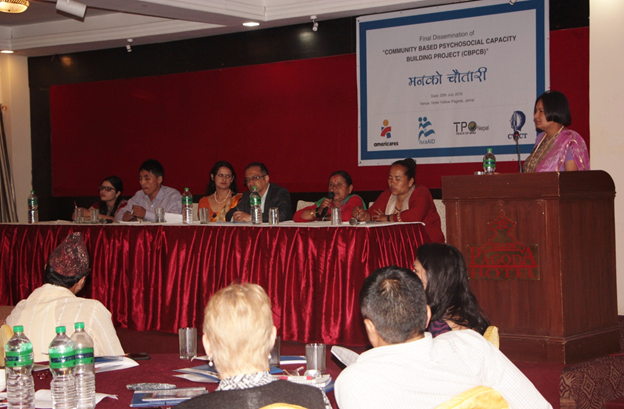