A formal ceremony was organized to handover the disaster response kits to Kathmandu Metropolitan City (KMC) on 26th October 2018 at District Coordination Committee building, KMC. This event was a part of Improvement of Community-based Disaster Risk Management and Post-Disaster Psychosocial Care for Socially Vulnerable People in Nepal project under Japan IsraAID Support Program (JISP), supported by Japan government and implemented by TPO Nepal in coordination with Kathmandu metropolitan office and IsraAID. 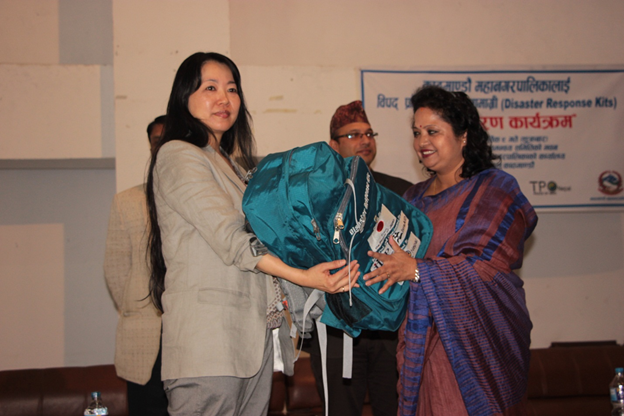 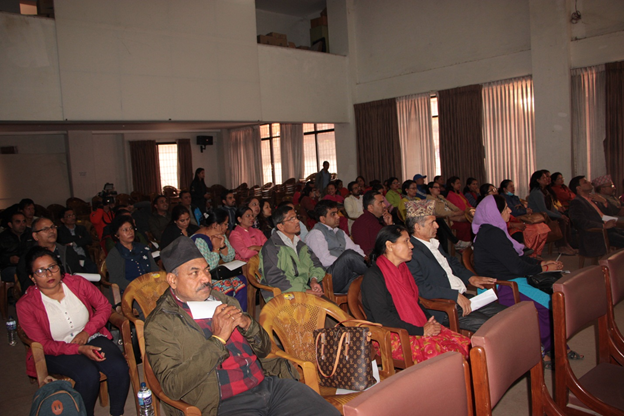 Dr. Kamal Gautam, Deputy Executive Manager of TPO Nepal welcomed the participants of the event by stressing on the importance of risk reduction programs, since Kathmandu district is highly prone to earthquake. Head of Urban Health Division of KMC, Mr. Hari Kumar Shrestha believed that the trainees of this project would prioritize their own safety during rescue works and hoped that the effort would be sustainable. Deputy Mayor of KMC Hariprabha Khadgi also highlighted the importance of disaster response training to locally elected representatives, since they are the first point of contact during disasters. Executive Manager of TPO Nepal Suraj Koirala concluded the event by thanking all the stakeholders involved in the project. 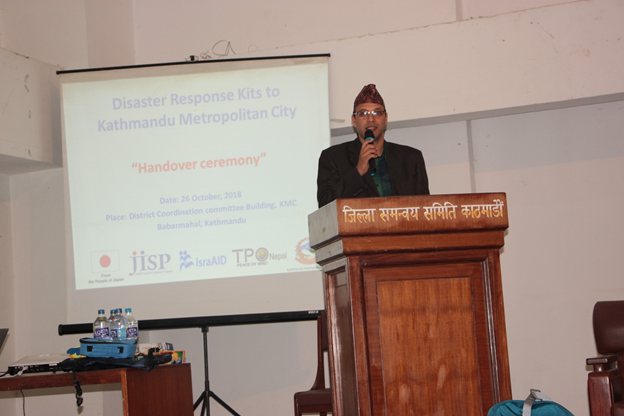