A conclusion event for ‘6 month’s psychosocial counseling training’ was held at TPO Nepal on 24 December 2018. The training was part of the Strengthening of the Psychosocial Support Mechanisms in the Earthquake Affected and Disaster Prone Areas project, implemented by TPO Nepal with the support of UNICEF, in collaboration with the Department of Women and Children. Total 14 psychosocial counselors from 10 districts received the 780 hours of training with both theoretical and practical classes. The training was facilitated by 12 internal facilitators of TPO Nepal and 8 external facilitators. 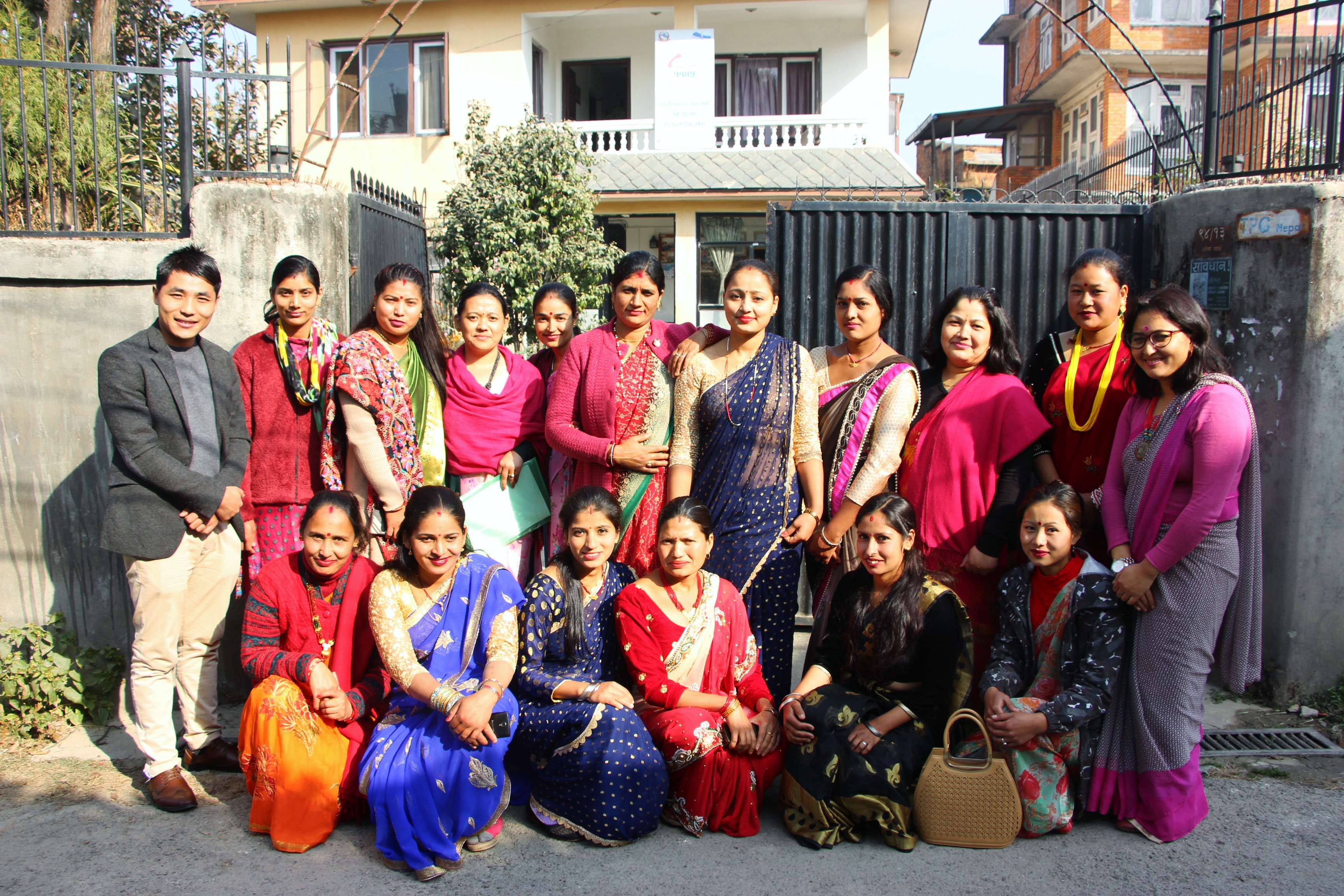 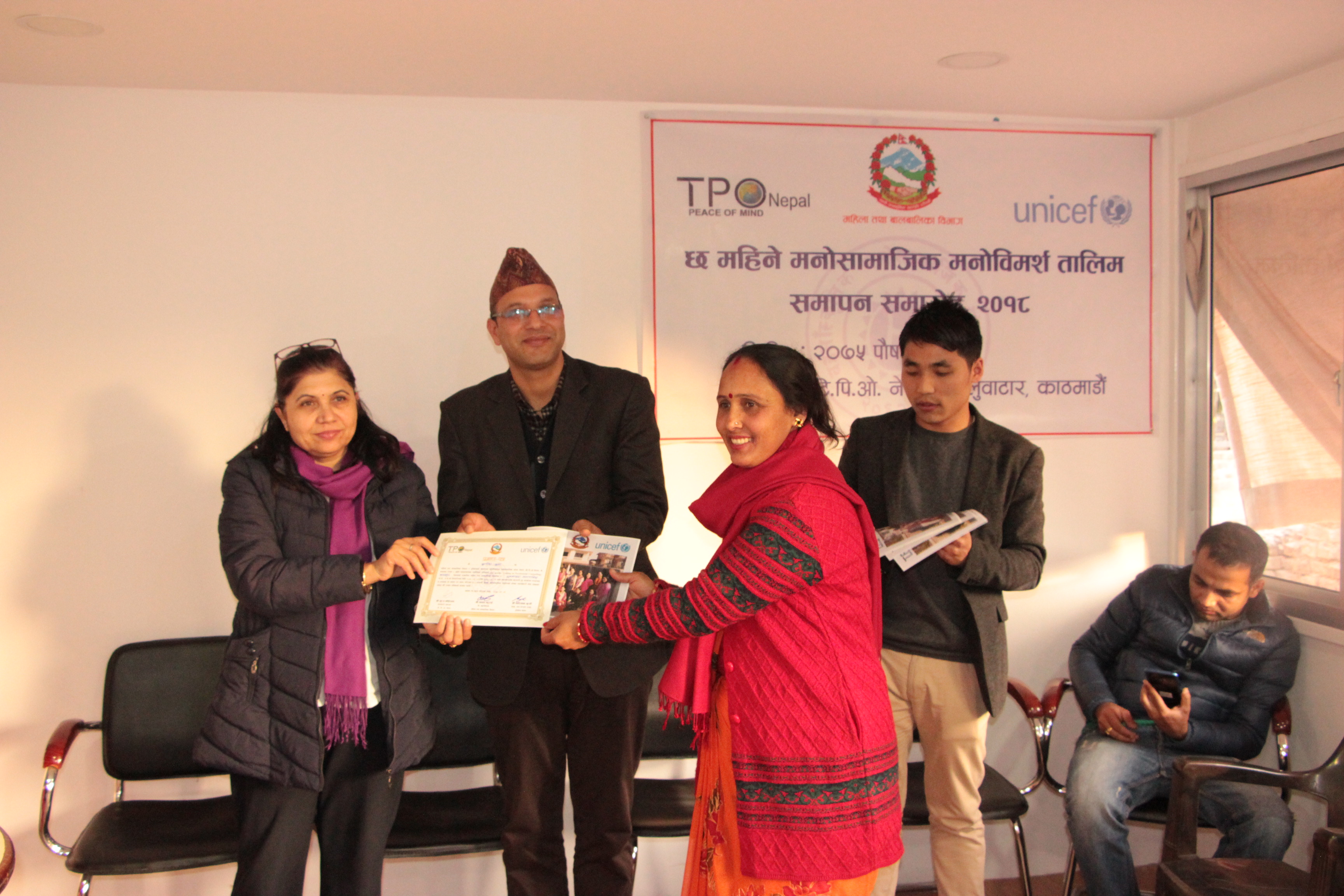 Child Protection Officer of UNICEF, Upama Malla, congratulated the counselors and highlighted the big social changes that could be brought through the small act of counseling. Woman Development Officer at National Women Commission, Mamta Bista and Acting Director General at Department of Women and Children, Shanta Bhattarai both emphasized psychosocial counselors as a great resource of the community and hoped that their role would be crucial in promoting the local psychosocial support centers run by the women cooperatives.