TPO Nepal’s 14th anniversary was celebrated this year by organizing a ‘Mental Health and Psychosocial Support (MHPS) dissemination and sharing program’ on 7th June 2019 at Belauti Bagaicha, Baluwatar. This program was targeted towards students interested in the field of mental health and psychosocial. The objective of this event was to disseminate information on mental health and psychosocial interventions, share mental health research and tools used in Nepal, and exhibit materials and publications. More than 275 participants, including students and faculties from different institutions of Kathmandu, participated in the program. 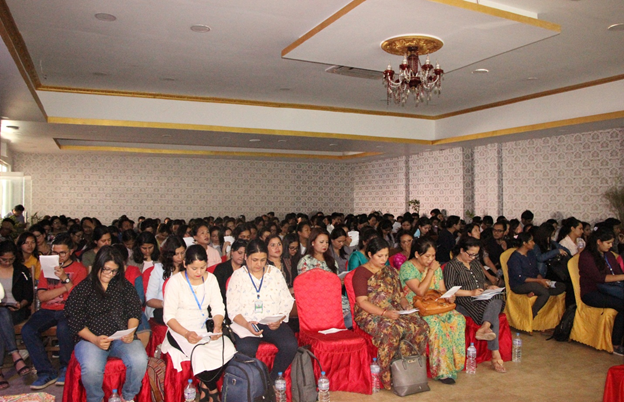 The program began at 11 am with an inauguration session including the national anthem and a presentation about TPO Nepal’s introduction and achievements by Suraj Koirala, Executive Manager of TPO Nepal. After this, three parallel sessions were conducted in three different themes: research, program, and documentary. Three research presentations, three programmatic presentations, and three documentaries were shown in different halls. The participants chose themes based on their interest. Keynote speeches were given by Dr. Mita Rana and Dr. Saroj Ojha from Department of Psychiatry, Institute of Medicine. 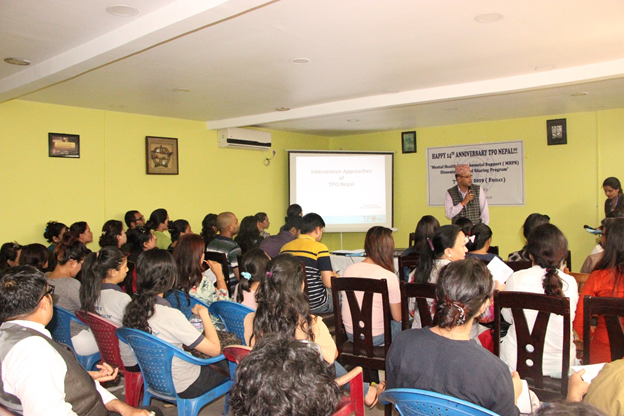 After the respective presentations in the halls ended, an exhibition of Common Threads story cloths was showcased. Common Threads is an art based psychotherapy where women express their emotions in textiles known as story cloths, by inscribing various patterns and designs, which has been found to be effective in releasing their trauma. Various publications of TPO Nepal including manuals, booklets, and IEC materials were also showcased in the venue. Similarly, a blood donation program was simultaneously held where 42 people participated. 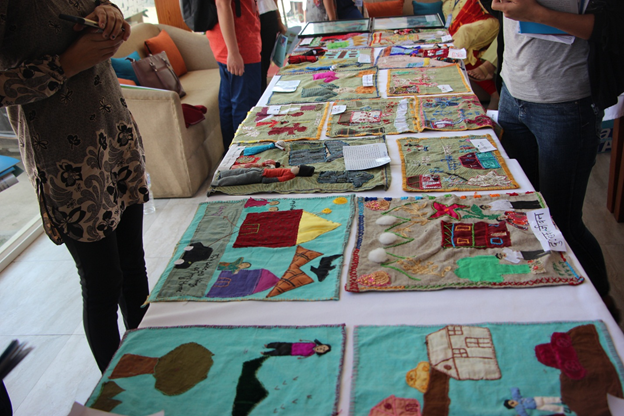 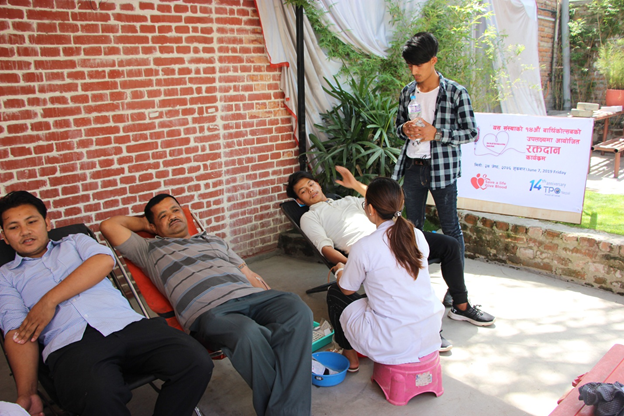