TPO Nepal celebrated its 12th anniversary on 6th June 2017. 120 participants including staffs and invitees were presented in the event. The day started with a staff meeting chaired by Executive Manager of TPO Nepal, Mr. Suraj Koirala. He congratulated staffs for their valuable contribution because of which TPO Nepal known as pioneer organization in Nepal. After a round of introduction, the senior staffs of the organization shared their memorable experiences throughout the journey in TPO Nepal. The formal program began at 11:00 AM. It was hosted by Mr. Pitambar Koirala, Project Coordinator and chaired by Ms. Manju Adhikari, Chairperson of TPO Nepal. 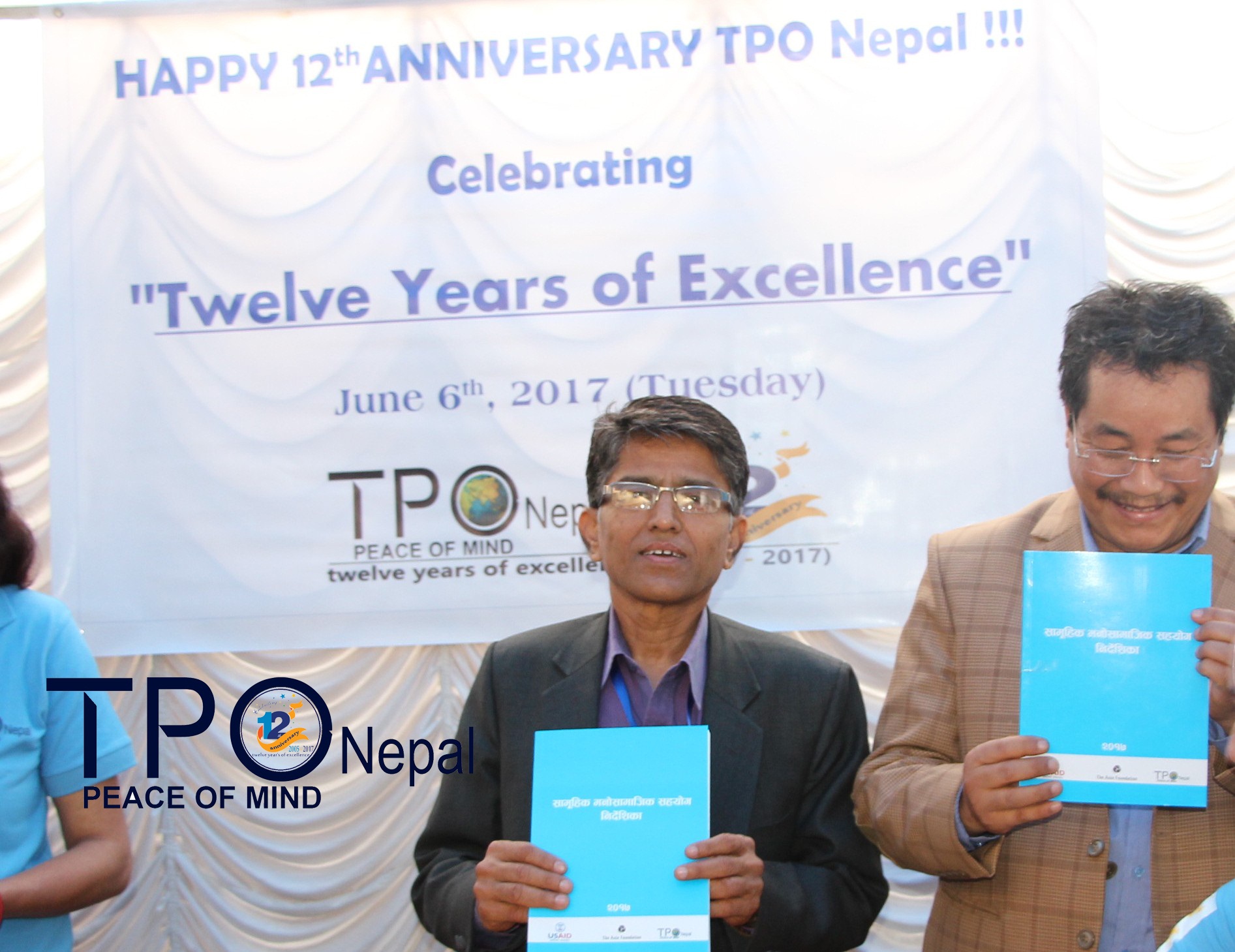 The second segment of the formal program started with announcement of the best employees of the year 2016/17. Six employees were awarded – 3 from Kathmandu, 1 from Jhapa, 1 from Chitwan and 1 from other districts. The names of the awardees were: Mr. Bijay Tamang, Mr. Bimal Acharya, Mr. Jeetendra Rai, Ms. Parbati Pandey, Ms. Prasansa Subba, and Ms. Roshani Shrestha. The award was presented by Chairperson, chief guest and guests. 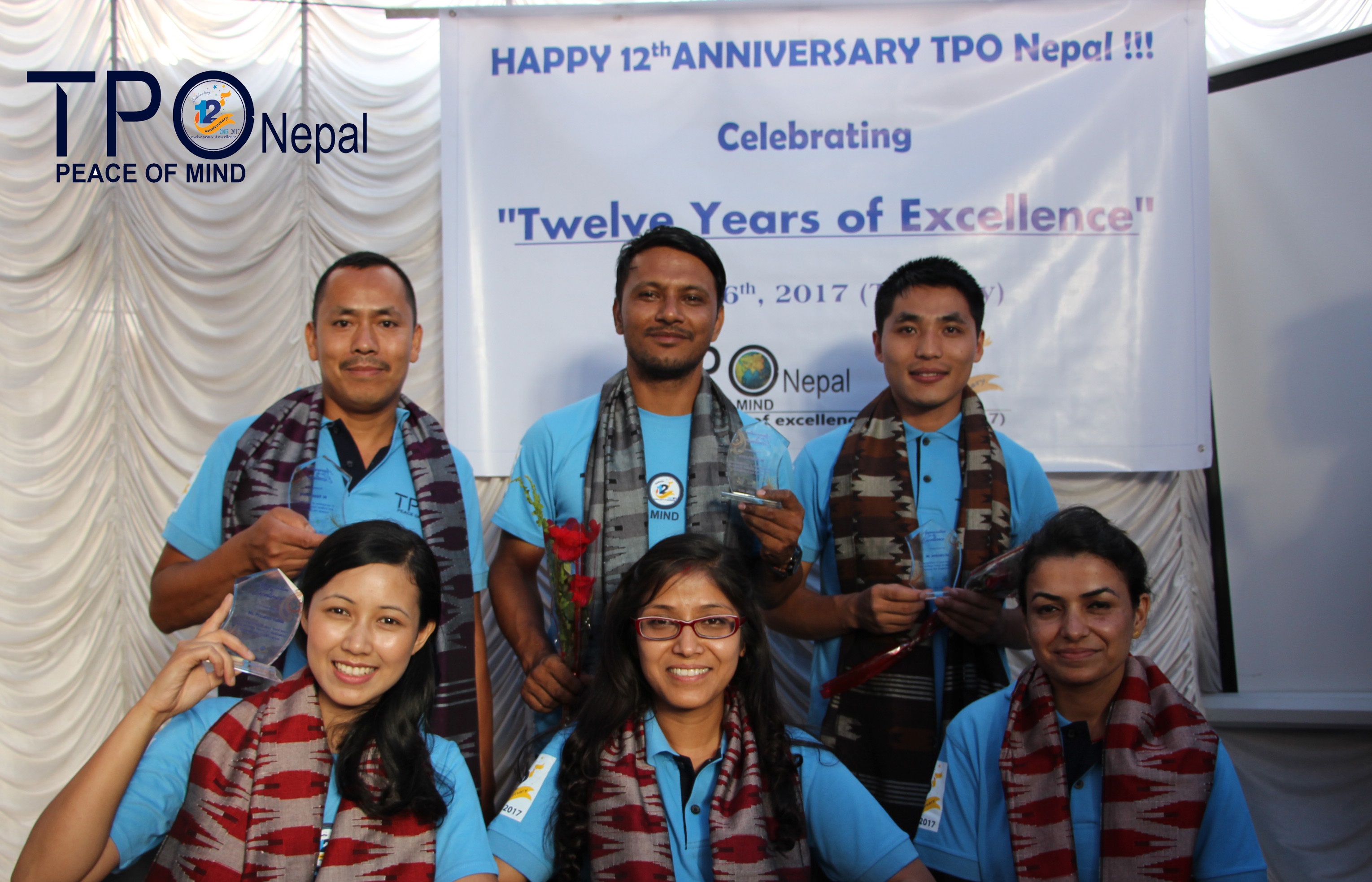 Mr. Daud on his speech focused on shifting attention to mental health care and stressed collaborative efforts to move forward. He also appreciated the work and effort of TPO Nepal in the development of mental health in Nepal. He committed to work together to promote this field. 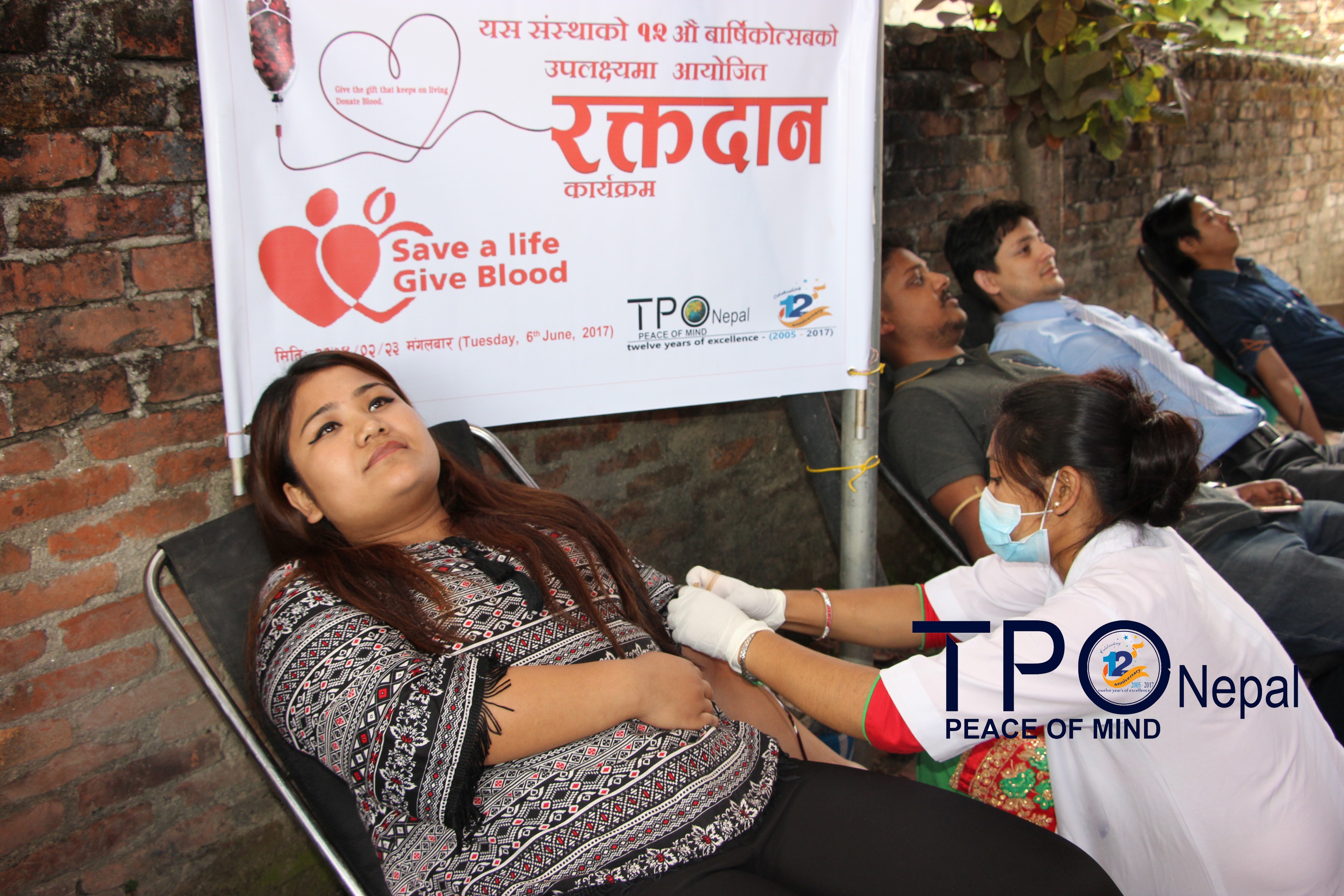 After the formal program, blood donation program was started. 60 out of 98 participants donated blood. It was the huge contribution particularly in the situation of high demand of blood for those in desperate need.

The program was hosted by Mr. Sauharda Rai and Ms. Ambika Balami. The program began with a video “looking back at TPO” where the older photographs and video clips of staffs that showed their experiences and memories in the organization. Shristi Rijal and Upasana Regmi performed dance while other participants: Pitambar Koirala, Man Kumari Basnet , Jeetendra Rai, Man Kumar Gurung, Pandav Prasai , Parbati Subedi, and Bimal Acharya recited poems and sang songs. Their onward, anniversary cake was cut by the best employees of the year. After taking group photographs, the program was formally concluded. 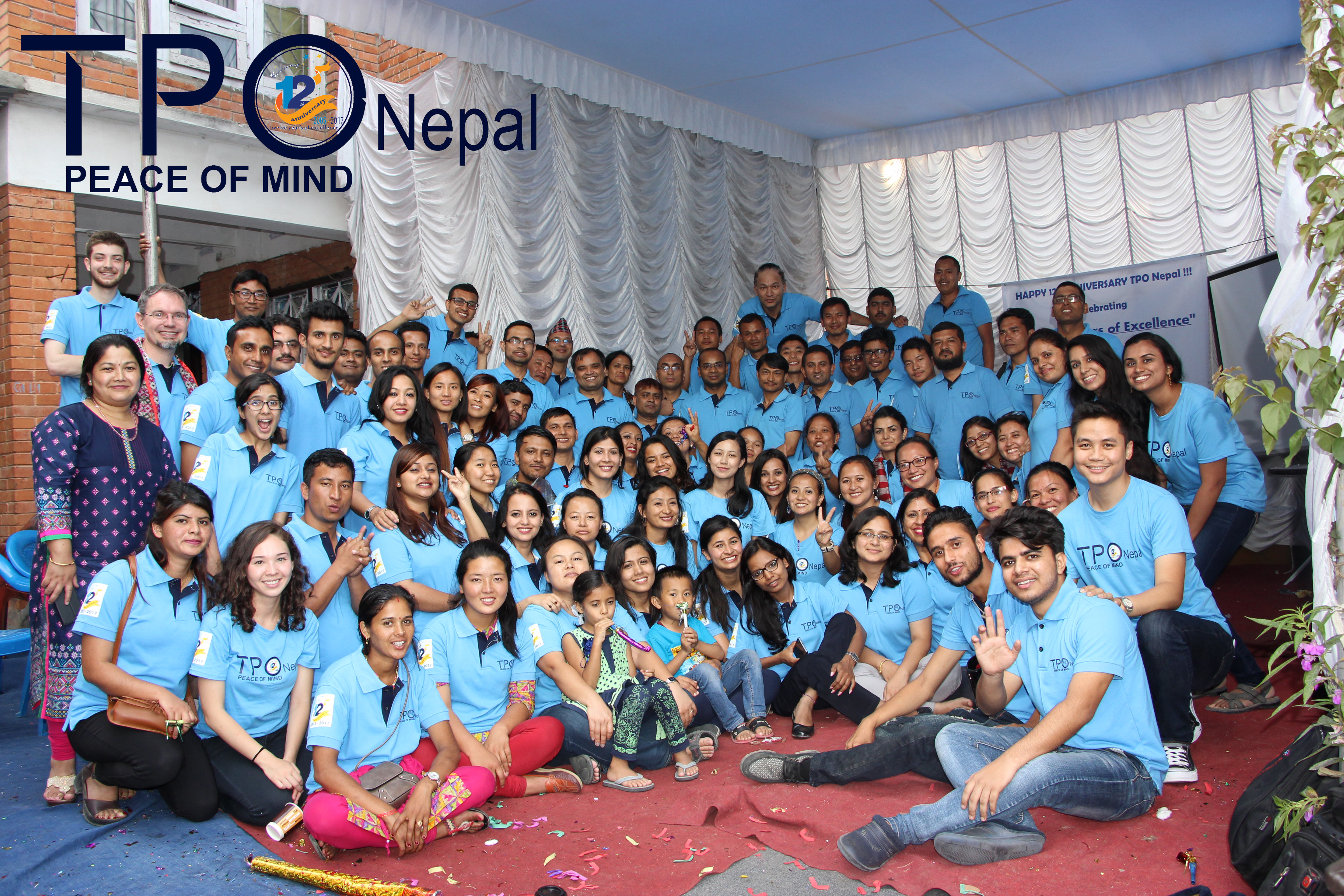 At the end, all the staffs were then taken to Oriental kitchen for group dinner on a happy and delightful atmosphere.