Partnership with Australian Embassy has been started after earthquake. TPO Nepal has received two phases of DAP funding for training to Community based Psychosocial Workers in Nuwakot, Okhaldhunga and Sindhupalchowk during 2015-16.There were 62 Social workers were trained for 20 days. The third phase (during 2016-17) of program was proposed upon the strong request from Nepal Police and other relevant stakeholders from Sindhupalchowk stating the increasing trends of suicide in some particular communities. It has been implemented in two municipalities namely Melamchi and Chautara of Sindhupalchowk district after consulting with local stakeholders. 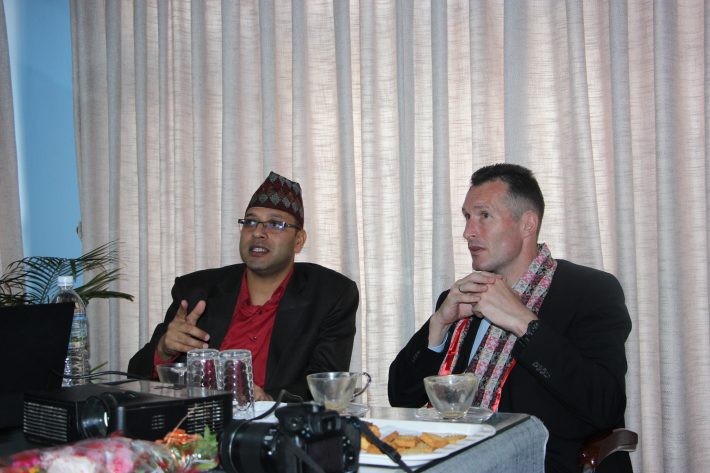 Executive Manager Mr. Suraj Koirala welcomed His Excellency and presented briefly of TPO Nepal’s Journey which was followed by presentation of DAP funded Program and its key achievements“Provide Psychosocial Support to Community to Prevent Suicide in Sindhupalchowk” by Ms. Parbati Shrestha.  His Excellency’s showed his keen interest during the presentation. Inputs and feedback from HE helped to explore various options to improve and scale-up the program in the days to come. The formal program was ended with vote of thanks from Ms. Ambika Balami.

His Excellency observed office premises and met with staffs working in various projects. The overall program was concluded with group photo.