Australian Ambassador to Nepal, His Excellency Peter Budd visited Sindhupalchowk district on 19th and 20th September, 2018 to attend an event held to observe World Suicide Prevention Day and observe project activities implemented by TPO Nepal with the support of Australian Embassy Direct Aid Program (DAP) Fund. The objectives of this project were to provide skills to deal with psychosocial problems and suicidal ideation for the psychosocial wellbeing of people and support women and children of groups, cooperatives and community to deal with psychosocial issues.

On 19th September, an essay competition on “Working together to prevent suicide” was held among the Grade 8, 9 and 10 students of 12 schools of Chautara Sangachowkgadhi municipality. The event was chaired by the mayor of Chautara Sangachowkgadhi municipality Amaan Singh Tamang, with His Excellency as the chief guest. Around 60 people including representatives from the municipality office, District Health Office, district hospital, police, school teachers and media participated in the event. After a brief presentation on project activities and achievements by Mr. Suraj Koirala, Executive Manager of TPO Nepal, winners of the essay competition were announced who received prize from the mayor and the Ambassador. Amaan Singh Thapa, mayor of Chautara Sangachowkgadhi municipality thanked the Australian government as well as TPO Nepal for its support in suicide prevention activities in the district. He believed that the innovative project was successful in drastically reducing the number of suicide cases occurring in the district.

His Excellency also visited the district office of TPO Nepal and interacted with the project staff to learn more about the “Provide Psychosocial Support to Community in Dealing with Suicide in Sindhupalchowk Phase II” project. He listened to the experiences of Community based Psychosocial Workers and thanked them for their work. 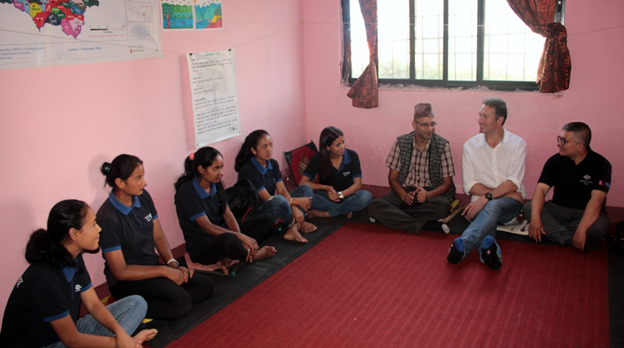 On 20th September, His Excellency also visited Shree Setidevi Secondary School at Thulo Sirubari to observe the school orientation program conducted by psychosocial counselors of TPO Nepal as well as to interact with the school teachers regarding the program. 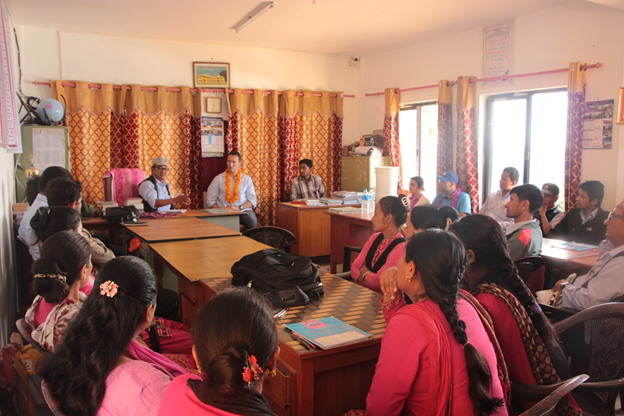